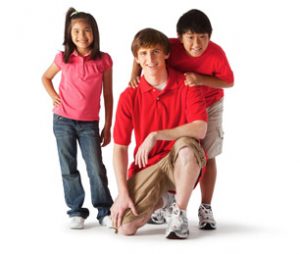 The Attleboro YMCA has been serving the Attleboro, Norton and surrounding communities since it was first founded in 1867. Over the years, we’ve helped our members, neighbors and friends develop healthy spirit, mind and body.Today, we remain committed to our cause through programs and services that promote youth development, healthy living, and social responsibility. By being part of the Attleboro YMCA, you won’t only feel good about building a healthier you, but you can feel good about being part of an inclusive organization that delivers lasting personal and social change.

1867 – 11 men elected Edwin J. Horton as the first chairman and officially founded the YMCA of Attleboro.

1868 – The YMCA established a reading room in rented quarters at the rear of 37 Park Street.

1899 – The first Attleboro YMCA membership card was issued to R. John Marsh for an annual membership fee of $10.

1909 – Fannie Tappan donated funds to build the “new YMCA” (the current Downtown Branch) on North Main Street as a memorial to her late husband, William.

1926 – Thanks to a gift from Joseph Finberg, Camp Finberg opened in its first location on Bungay Lake in Mansfield to allow boys the opportunity for nature study and hiking.

1928 – The Attleboro YMCA membership stood at 762, the most of any YMCA in a city of similar size in New England.

1930s – During the Depression, the YMCA was a local version of a USO center with the second floor used as barracks for servicemen on leave.

1950 – First major renovation project of the Main Street location included updates to the stairways, lobby, and second and third floors.

1950s – Girls and women were allowed to participate in YMCA activities one day a week.

1956 – Camp Finberg moved to its current location on 88 acres of fields and woodlands in Norton.

1957 – An addition to the Main Street location included a new gym, a new swimming pool, and other health services.

1970s – Women were able to become full-fledged members of the Attleboro YMCA.

1972 – A second major addition extended the Main Street Building to the corner of North Main and Sanford streets, providing a third gym, squash and handball courts, and an enlarged women’s facility.

1998 – Project 2000 was completed at the Main Street location. A second warm water pool and new Health & Wellness Center was added, and the main entrance to the facility was moved to Sanford Street.

1999 – Competitive swimming returned to the Attleboro YMCA with the birth of the Tsunami Swim Team.

2006 – The Attleboro YMCA’s School of Dance was established.

2010 – The Downtown Branch’s Reilly Fitness Center was renovated and rededicated in the memory of Dick Reilly.

2011 – The 14-unit men’s residence at the Downtown Branch was renovated.

2014 – The original entrance and lobby of the Attleboro Y’s Downtown Branch was renovated to become the new Augat Family Adventure Center, which featured new youth classrooms, the Cuddy Kids Gym, program areas, and the Y’s Cafe.